When Samreen Vora spots one of her Children's Minnesota colleagues wearing a hospital-branded hijab, she sees more than just a head covering.

"It shows all our patients and their families that they are welcome and we're going to provide equitable care for them," says Vora, M.D., MHAM, FACEP, medical director of simulation at Children's Minnesota in Minneapolis. "It's a tangible item people can see to let them know they are included."

Children's Minnesota's Muslim employee resource group (ERG) partnered with a local outfitter two years ago to provide its Muslim women staffers with the hijabs bearing the hospital's logo. They were a gift in lieu of regularly scheduled holiday gatherings, which were canceled because of the pandemic. The head coverings were such a hit with employees that Children's Minnesota began looking at other areas to customize traditional hospital apparel.

The hospital is currently designing an undercap that would better suit the needs of Muslims in a hospital environment, as well as a hospital gown that would provide more coverage for the patient than the conventional open-backed gowns.

The impetus for the new hospital gowns originally centered around the importance for Muslims to maintain modesty in their attire. But Vora says it's a concept that resonates with pediatric patients, especially adolescents, who may often feel uncomfortable with an open-backed gown.

"We tried to consider how else we could serve this diverse population in ways that would benefit everyone," Vora says. "When we center on the margins, on those who are not often seen, we actually make things better for everyone."

Though the Muslim-friendly hospital garments began as a diversity and inclusion initiative, Vora says the research shows they also have a positive impact on medical outcomes—establishing patient trust leads to better adherence to medication and treatment protocols. Children's Minnesota aims to build that trust by demonstrating understanding and empathy for each patient's unique identity.

"Patients aren't just bringing us their medical problem, they're bringing their whole selves—religion, race, ethnicity, gender identity and any other aspect of their identity," Vora says. "When our patients are more comfortable and trusting, we're able to provide better care. It's critical to be able to see things from a different lens." 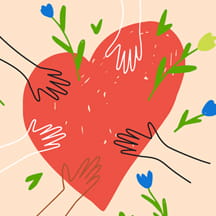 Is This the Key to Achieving Well-Being? 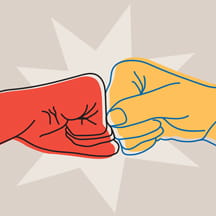 The Four Pillars of Resilience