One commitment and five strategies helped this hospital double its spend on suppliers who reflect the diversity of its staff, patients and community.
Published Jan. 18, 2023 3 min. read

When Children’s Hospital of Philadelphia (CHOP) hired a local minority-owned janitorial company to clean one of its primary care offices, it likely didn’t feel like a pivotal moment for either organization.

But over the years the relationship flourished, and the company went from cleaning one small primary care office to several. And now, “We recently contracted with them to clean our 175,000-square-foot service logistics center,” says Jeff Raup, associate vice president of sourcing and contracting at CHOP, in a Children’s Hospital Association webinar. “It’s a really nice community story where we’ve seen them grow their capabilities and I expect they will probably grow beyond Philadelphia in the near future.”

It’s one of many stories that illustrates the impact of CHOP’s Supplier Diversity Program.

Gilbert Davis had been with CHOP for several years in a variety of roles and found it difficult to engage diverse suppliers. Despite good intentions, the infrastructure wasn’t in place to fully utilize all vendors. So, when CHOP named Davis its chief diversity officer, he focused on creating a pathway for diverse suppliers with an important first step: drafting a written policy.

“The old adage is true—if it’s not documented, it’s not done,” says Davis, M.H.A., vice president and chief diversity officer at CHOP. “Once I put that into writing, I was able to navigate the institution a little bit better; it became reality and we started to do the work.”

The work of CHOP’s Supplier Diversity Program revolves around building a registry of suppliers that mirrors the diversity of its employees, patient families and the communities it serves. It employs a deliberate approach in growing its spend with diverse suppliers and has seen those efforts bear fruit. Historically, CHOP’s annual diverse supplier spend was about $65 million. In fiscal year 2021, it increased to about $80 million, and in 2022 it reached $115 million. Fiscal year 2023 is expected to surpass $135 million.

Marcia Wallace came aboard to oversee the Supplier Diversity Program in fall 2021. The hiring of a dedicated manager marked a significant leap forward, according to Raup and Davis, and further signified CHOP’s investment in the program. “There’s a commitment across the enterprise and even more importantly at the leadership level,” says Wallace, M.S., Supplier Diversity Program manager for supply chain management at CHOP. “That resonated with me.”

Wallace and her team seek to honor that commitment across five primary strategic focal areas:

Community Relationships. Forging and cultivating strategic partnerships with area chambers of commerce and other entities to facilitate expansion of CHOP’s diverse vendor network.

Strategic Sourcing. While exploring opportunities across the organization, the Supplier Diversity Program has made significant headway in increasing addressable spend in construction, information services and human resources.

Supplier Development. In addition to offering training and mentoring to minority-owned suppliers to better prepare them to partner with CHOP, the Supplier Diversity Program also held its first virtual matchmaker event last May. The event provided more than 100 vendors an opportunity to meet with CHOP leaders, resulting in several business contracts. “It just goes to show what can be realized when someone’s given the opportunity and the right environment,” Wallace says.

Data Analytics and Processes. Allows for easy enhancement and measurement of the program’s progress and effectiveness, including a dashboard to track RFPs across the organization and regular scrubbing of CHOP’s vendor database.

Communication. In addition to providing prospective vendors with ample information on its website to facilitate partnership opportunities, the Supplier Diversity Program ensures its processes and strategic initiatives are shared across CHOP at all levels. 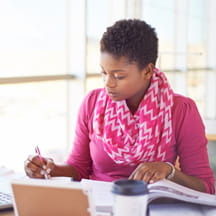