A children’s hospital CNO learns from—but doesn’t dwell on—the past to keep the organization on the right path.
Published May 25, 2022 1 min. read

For Nancy Korom, the daily commute serves as an appropriate metaphor for her approach to leadership.

"There's a reason the rearview mirror is smaller than your windshield," says Korom, MSN, RN, NEA-BC, FAAN, vice president and chief nursing officer at Children's Wisconsin. "You can look back a little bit, but you have to learn from it and look forward."

COVID-19 put Korom's philosophy to the test. Like many institutions across health care, the challenges of the pandemic created nursing shortages at Children's Wisconsin. Although its nursing staff is about 10 years younger than the state's average, according to Korom, the hospital was not immune to the national trend of caregivers leaving the bedside for retirement.

"We had a number of nurses we did not anticipate retiring yet," Korom says. "They retired a little bit early for personal reasons related to COVID." Korom says the reasons for the spate of early retirements varied—some needed to care for elderly parents, others had immunocompromised family members or were immunocompromised themselves—but the stresses and uncertainties of the pandemic forced everyone to reassess their priorities. "I had some people tell me, 'I'm going to go live my life since I can,'" Korom says.

Focused on the future

Though it would've been easy to dwell on the departures, Korom stayed true to her mantra and focused on preparing for the future.

As part of its initiative to recruit and retain nursing staff, Children's Wisconsin refreshed its pay practices, including new bonus plans and wage adjustments based on market analyses. "We want to be as proactive as possible to avoid a shortage again," Korom says. "We're going to have programs in place for when we need surge staffing, and we are getting our staffing back to where it needs to be so those situations won't be prolonged." 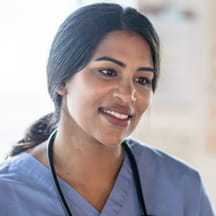 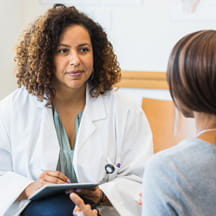 One Essential Tip for DEI Initiatives