Children’s hospitals are positioned to answer questions about the census and encourage parents to count children they otherwise might not.
Published July 03, 2019 3 min. read

Karen Deaver is passionate about children. As program manager for the undercount of young children in the 2020 Census, she is leading the charge to get a more accurate count of kids in the 2020 census.

Children have been undercounted in the census for decades, which can prevent children’s hospitals from receiving proper Medicaid funding and support for families; can lead to fewer programs available to children and communities; and can affect the research, quality improvement initiatives, needs assessments and staffing decisions of children’s hospitals. The crux of the undercount problem: children are hard to find.

“Children who are not in the traditional ‘mom, dad, 2.5 children’ types of households are tougher to find,” says Deaver. “Maybe they're moving a lot. Maybe they’re in a temporary situation and think, ‘My daughter and her son live with me just for a little while, so I don’t count them because I don't think they're in my household.’ But they're not living anywhere else, so we miss them. More broadly, we have a whole operation to count people in places like mobile home parks and campgrounds and other people living in unique situations.”

Children can be undercounted for a wide range of reasons. Perhaps they live with multiple families or at an unregistered address. Maybe they live with families who rent or who are hesitant to participate in the census. According to William O'Hare, Ph.D., a demographer and data consultant with a focus on children, sometimes it's a matter of a parent not realizing he or she should include a baby or young child when responding to the census.

The U.S. Census Bureau estimates the net undercount of young children has increased over the years, from 1.4 percent in 1980 to 4.6 percent in 2010. In the 2010 Census, there was a net undercount of about 1 million children ages 0 to 4 years old. This includes children who were double counted, for example, where parents have joint custody and count one child twice or families with two homes respond to the census from both locations. In fact, the total representation of undercounted children in 2010 was about 2.2 million, according to O’Hare. The net number is the difference between the undercounted and the duplicated children, as well as those in incorrect locations.

But Deaver says children’s hospitals are well positioned to educate families about the importance of the census and encourage participation.

“You're a trusted voice,” says Deaver. “If I'm a parent, I come to you because I am concerned about my kid. I trust you with my child’s life and that's not an exaggeration. If a trusted voice like yours says, ‘Hey, participating in the census is really important,’ that’s how we get that message out.”

Deaver adds it’s critical to communicate the importance of the census and where to count children to make sure they are counted somewhere in 2020. “Tell the parents to include their babies even if they're still in the hospital on Census Day or if the child is only staying with them temporarily,” Deaver says.

Other ways children’s hospitals can help

Children’s hospital teams can also post signs in a waiting room or a physician's office and develop relationships with census workers and volunteers. Ayesha Cammaerts, manager of programs and population health in the Office of Community Health at Boston Children's Hospital, agrees signs can help, though she adds one consideration.

"It's challenging to be in a position of authority," Cammaerts says. "But primary care providers and community health partners that work with pediatric hospitals can be a link for folks out in the community."

Cammaerts says children's hospitals and pediatric institutions partner well with other community-based organizations that orient themselves to family support. "They have a role to share in this, and they are in a position to tell families: ‘Please participate in the census, and answer as many questions as you can. This is something that will make a difference. It can make things better for your community.'"

“It's in everybody's best interest to participate in the census, and we hope to be able to provide the tools and the information to make our partners stronger, so they can help themselves,” Deaver says. 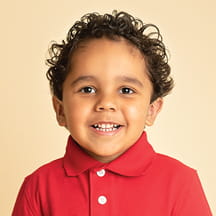