Sidra Medical and Research Center in Doha, Qatar, is a 400-bed women and children’s hospital. “It’s modern, that’s what they wanted to bring because Qatarans will pay to go over to the U.S. —they perceive that the technology and medicine are better there,” said Julianne Metcalf, clinical nurse educator at Sidra.

Her Highness, the Sheikha who opened the hospital, wanted to create a top-quality facility so citizens did not feel the need to leave their country for care.

Unlike its founder, many of the staff caring for patients are not native to the country. Metcalf’s love of travel inspired her to leave her position at Children’s Hospital Colorado to take on the challenge of helping to open the pediatric inpatient and outpatient units of the hospital.

During her five-year commitment, she worked with teams to establish policies, educate staff, and begin taking patients while adjusting to the realities of providing health care in another country.

A greenfield site in the Middle East

Since Sidra was established as a new, freestanding hospital and did not have a parent organization from which policies, procedures, processes, and resources could be adopted, it is known as a greenfield site.

“We started from scratch. The idea was that it was going to be a North American model, from education to simulation,” Metcalf said. “We wanted it to be this exciting place where we all learn together: doctors, nurses, a lot of interdisciplinary model learning.”

Despite this intent, a shortage of staff made this approach unrealistic, forcing a more siloed approach to orienting the new staff. Sidra’s education team consisted of Metcalf, a U.S. PICU educator, and a Canadian NICU educator. As the intent for the hospital was to follow a Western model of medicine, specifically that of the U.S., Metcalf said they had anticipated mostly traveling, Western-trained nurses.

Instead, the staff hired at Sidra were from a wide variety of cultures and backgrounds, with Filipino, Arab, and Indian clinicians as the majority. This meant the educators needed to find a way to provide standardized education to a very diverse staff.

“We have been challenged with getting everybody together and doing things the same way by following evidence-based practice,” Metcalf said.

To quickly develop a reference baseline for their staff’s varied experiences, they selected an education vendor which provided standardized procedures to serve as the model for the nursing staff. The program included assessments that staff could take after carefully reading the procedures.

Even with a baseline, there was a large gap between not only the education, but with exposure to the available materials and technologies. Many of the staff were not familiar with the modern equipment available at Sidra.

Since the education team was small and did not have the guidance of another organization’s education program, they relied on their own knowledge and the materials provided by the standardized procedures vendor when they began educating staff. They gained more resources over time, and the blended learning model they followed included three primary components.

A new hospital presented one very specific challenge for training: there were no patients. “We opened the hospital using simulation because that’s all we could do,” Metcalf said. “We had no patients for months. Mostly, we simulated workflow, processes and rounds. We did a lot of multidisciplinary simulation in the beginning.”

They hosted Study Days for cardiac and trauma nurses which included simulation exercises for skills including collar application, log rolling and ICP drains.

The Study Days were classroom sessions, with cardiac consisting of two nine-hour days and trauma consisting of one eight-hour day. The educators took turns teaching.  While trauma focused on skills, cardiac focused largely on health defects, medications, ECG, and other topics related to the Cardiac ICU. Metcalf worked to keep the lectures engaging.

“Gaming is big right now; and we do some Heads-Up games, Pictionary, and just some stand up, fun learning. Not just me talking all day.”

Although the hospital’s intent was to foster a collaborative learning environment with simulation, including building a state-of-the-art simulation lab, the large numbers of staff needing training in order for the facility to open necessitated a lot of reading and self-directed learning.

The PICU educators were first tasked with preparing the nurses for the new outpatient clinics. The education for these nurses consisted of didactic learning and self-study assignments for reading the education vendor’s materials and taking their assessments.

After the outpatient units opened in May 2016, the educators shifted their focus to figuring out how to onboard an entire nursing staff without enough educators to teach courses and little time to create a curriculum. Metcalf’s previous hospital had utilized Pediatric Learning Solutions (PLS) courses in the past, so she successfully advocated for Sidra to purchase this resource.

Using the PLS PICU Library Course List as a guide, they created a curriculum which released courses to staff a few at a time.

The online procedures and PLS courses allowed the educators to ensure consistent training for all staff.
“These self-studies were the only way to make sure staff received the education and were responsible for the knowledge. We wanted all staff to see and hear the same things.”

Going forward, Metcalf hopes the hospital will be able to move back toward the interdisciplinary approach and take better advantage of their simulation lab, but says the self-studies allowed them to efficiently get nurses on the floor and caring for patients safely. “Since the massive onboarding is over, and now it’s going to be in more of a maintenance phase, I think we’ll be able to tailor the orientation a little bit better to the needs of our nurses.”

Since the inpatient facilities opened in January 2018, the hospital has been focused on laying a foundation of education, policies, and procedures, but that hope for a calmer future extends to the original cultural goals as well.

In addition to the onboarding challenge, the educators have been working to foster a collaborative culture amongst the staff, including encouraging them to speak the organization-designated language (English), ask questions of their colleagues and superiors despite cultural differences which make them apprehensive about doing so, and connect with the patients in their care.

“You have to have a culture of safety and the mindset that ‘questioning is a good thing,’” Metcalf said. “’We’re all here to learn. Let’s learn together in this new place. We’re new teams and it’s a great opportunity to learn together.’” 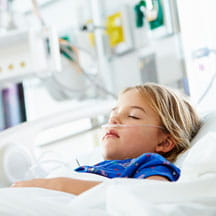 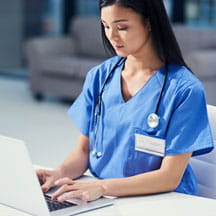 Standardized Curriculum Decreases Length of Nurse Onboarding in the NICU