One day, Diego Catalan was feeling sick and sent home from school with what seemed like a case of food poisoning. The next, his parents found him unresponsive. “After 36 hours of sleeping, we couldn’t wake him up, so then it started getting scary,” says Alice, Diego’s mother.

An ambulance brought the family to the emergency room at a local hospital where Diego’s condition deteriorated. He was agitated and restless. The emergency room doctors identified the root of the cause: his liver. They quickly transferred him to Children’s Hospital at Montefiore (CHAM), in Bronx, New York, where a team of a dozen doctors and nurses immediately treated him for acute liver failure.

He’d also experienced a significant decline in brain function after growing increasingly disoriented—unable to even recognize his older sister. “He needed an emergency transplant and was placed on a waiting list with the highest urgency status due to his critical condition,” Alice says.

Diego had previously been treated for mild fatty liver disease, but this sudden decline was unexpected. The quick turn of events left the Catalan family devastated, but their community rallied behind Diego to find a potential liver transplant donor. His sisters and friends immediately got tested to see if they were a potential match for liver donation.

However, a new treatment was available at CHAM, and Diego was a fit for the procedure. “They said it could help clean out his blood enough to either keep him alive until a donor liver became available, or help his own liver to regenerate,” says Alice. “We of course said, ‘Yes, please do whatever you can.’”

The innovative therapy, Molecular Adsorbent Recirculating System (MARS), acts like a dialysis machine for the liver. It removes toxins from the blood that are normally cleared by the liver—including the toxins that standard dialysis machines are unable to remove. CHAM was the first pediatric hospital in the northeast to have this technology, and Diego was the first patient to use it.

A multidisciplinary team of intensivists, nephrologists, hepatologists and surgeons at CHAM worked together to implement the technology and identified Diego as a potential candidate. “We were not afraid of Diego being the first child in New York City to get this treatment,” says Alice. “It was like winning the lottery! The doctors explained how the machine worked, the nurses were trained to use the new machine, and they all monitored him closely throughout the process.”

During treatment, the machine pumped blood out of his neck, circulating it through the machine and then back into his body. The filter would have to be replaced occasionally, as it darkened and filled with toxins. After just one treatment, Diego was awake and having small conversations with his family again. “I cried when he was able to just say a few words that made sense,” says Alice.

In total, Diego had three treatments with MARS, which allowed the team to keep him alive and let his liver regenerate on its own. His case is rare, but Diego was taken off the transplant waiting list less than two weeks after the initial incident. He’ll continue to be monitored by doctors at CHAM for any ongoing issues.

Now Diego gets to go back to hanging out with his sisters and playing saxophone. He even made it back to school before the end of the school year. 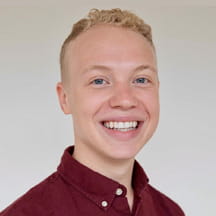 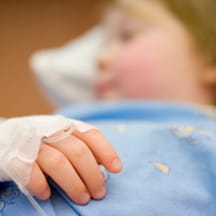 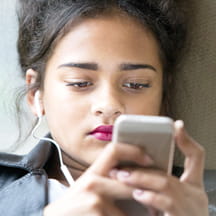 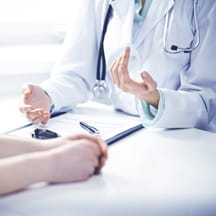