When intravenous (IV) acetaminophen was beginning to be used as a pain management alternative to opioids, children's hospital pharmacy teams became concerned that usage would increase sharply. The medication, which costs 676 times more than its oral counterpart according to a 2019 JAMA Pediatrics article, could put pediatric patients at risk of harm.

3 risks to pediatric patients and hospitals

The potential risks for pediatric patients and excessive costs led hospitals to develop new, or improve existing, drug use policies.

How 3 hospitals improved their drug use policies

Use these stories as a discussion guide to support the need for implementing usage restrictions while ensuring children receive appropriate pain management.

Building a roadmap for reducing high-cost drug use: When IV acetaminophen spend increased by $100,000 in one year, Lucile Packard Children's Hospital Stanford aimed to get utilization under control. 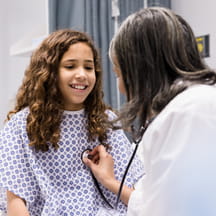