How This Children's Hospital Updated its Brand and Image

How This Children's Hospital Updated its Brand and Image

Timing was everything when Dayton Children’s Hospital leaders decided to create a new brand identity for the hospital. The hospital was in the midst of a $168 million construction project, and the centerpiece was an eight-story patient care tower on the main campus.

But as the building took shape, hospital leaders recognized a disconnect between what Dayton Children’s was becoming and what the community perceived it to be. The hospital had been serving the Dayton area for almost 50 years, and residents were unaware of initiatives to recruit pediatric subspecialists, its Magnet designation and the hospital’s ability to provide a high level of care.

The first step was to work with a local consulting firm to conduct a brand study. The study revealed Dayton Children’s as a compassionate, friendly place, but noted little separation from the other pediatric hospitals in the state in terms of value, differentiation and experience. Strategic recommendations highlighted opportunities to build more tangible associations to “accessible” and “specialized.” Leadership wanted to raise the perception of “modern” and “high tech” while retaining “friendly” and “compassionate.”

The organization’s logo, which dated back to the 1970s, was old-fashioned, “clip-arty” and geared to little kids, certainly not teens or parents. It was generic, and it was being used inconsistently, with different taglines, fonts and colors.

The brand strategy team, which included the vice president of marketing and strategy, chief medical officer, chief experience officer, consumer brand manager and creative services manager, agreed a new identity was essential. In addition, the logo had to align with the theme of the new tower, “things that fly,” which captured the inspiration of flight and is a nod to Dayton’s historical significance as the city where Orville and Wilbur Wright first drew up their plans for manned flight.

A local creative agency presented the team with 23 options, and one logo stood out as the top choice. An online poll of a select group of parents, children and employees confirmed the whirligig design as the favorite. Respondents loved the vibrant colors and the star in the middle; some said the logo made them think of Dayton Children’s as “innovative” and “friendly.”

While finalizing the logo design, the hospital crafted a new “promise to the community.” Aligned with the new logo, this promise emphasizes the organization’s commitment to go above and beyond, providing exceptional care with unwavering compassion.

The launch included a press conference focusing on the hospital’s transformation and the reason for a new brand identity. Media coverage was extensive and positive. During launch week, the hospital’s Facebook page reached more than 285,000 people, with comments indicating strong approval of the logo.

Now came the task of implementing the brand and logo in time for the patient tower’s grand opening. The team needed every day of the year ahead to accomplish the goal: A brand audit revealed more than 6,000 items would need to be redesigned with the new logo.

One of the hospital’s boldest moves involved the decision to standardize uniforms for patient care staff. Leaders were concerned employees would resist the change from “fun” scrubs to more professional attire. But they knew standardized uniforms would help families identify providers more easily and reinforce the hospital’s identity.

Frequent communication on the importance of standardization, a uniform starter pack and a $150 voucher for clinical care provider uniforms helped ease the transition. In addition, the hospital offered a $75 voucher for employees to buy new logo wear and donated items with the old logo to a not-for-profit organization in Haiti.

Another key strategy was to recruit 20 highly engaged employees to serve as brand ambassadors. Their job is to support employees through the changes at the hospital—not just the logo, but the new brand standards, patient tower and emphasis on subspecialty care as well. The group, led by the corporate communications manager, met frequently and represented the new brand throughout the hospital.

Other implementation measures included creating a brand resource microsite linked from the intranet; hosting informal events where employees could discard anything with the old logo; moving visitor communication to a digital platform managed by the marketing communications department; running a regional ad campaign with billboards and banners that featured real patients; and unveiling the new childrensdayton.org.

In 2018, Dayton Children’s commissioned a survey, and the results indicated since 2015, brand equity improved among consumers, employees and community physicians. Another recent survey showed employee engagement at Dayton Children’s in the 95th percentile of children’s hospitals. Employees and physicians take pride in the organization. Their commitment to providing exceptional care is helping Dayton Children’s live up to its brand promise every day. 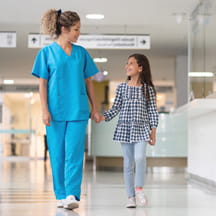 How to Protect Staff and Patients From Violence in the Hospital 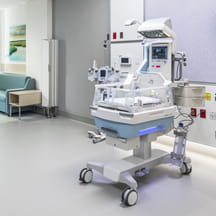 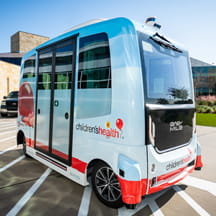