A hard hit during a soccer game leads to a life-changing diagnosis.
By Christine Bush Published April 26, 2019 2 min. read

Parents line the sides of the soccer pitch to watch their kids compete or kick a ball around with friends. Unquestionably, parents watch with the hope their child doesn't get hurt. It was an injury, however, that triggered what could be a life-saving event for then 7-year-old Donovan Stringer. The direct hit of a soccer ball to the stomach caused pain for Donovan.

First, a doctor diagnosed it as a contusion, but when the pain persisted, the doctor referred Donovan for an X-ray. The appearance of a shadow lead to an emergency CT scan, which thrust the Stringer family into a struggle far away from the soccer field. Donovan had undifferentiated embryonal sarcoma of the liver—a tumor.

Donovan's mom, Lisa, recalls the few words she heard after the diagnosis, "Ma'am, you have 30 minutes to get your life together." The family, who lived in Warren, Ohio, was whisked to Akron Children's Hospital, which is about an hour from their home. Prior to this, Donovan's only experience with medical teams was having his tonsils out. Now he faced rounds of chemotherapy and eventual surgery to remove the tumor. "He came up with his own plan of attack," Lisa says.

Donovan's plan involved the help of a hero to defeat a villain. "I named my tumor after Dark Side," he says. "I named my med port Boom Tube after his travel tube. Then I named my chemo after Wonder Woman, so she could travel through Boom Tube to fight Dark Side so doctors could take him out."

Donovan spent more than three months in the hospital. That time gave the Stringers a new perspective of pediatric care. "Everyone from medical staff to parking deck and food service workers had empathy and understanding," says Donovan's dad, Kevin. "They understood our most valued asset was ill, and they all managed to give us some sort of smile." Kevin says staff showed such a level of understanding he could tell how they acted was part of the culture at the hospital.

By the time doctors could surgically remove Donovan's tumor, it had grown to the size of a football. Thirty people, including family, friends and community members, crowded in the waiting room to support the Stringers and each other during the procedure. Donovan came out of surgery ahead of schedule, without intubation, and he didn't require a stop in ICU. "It was amazing, and it was a miracle," Lisa says.

The Stringers used their experiences as motivation when they talked to their representatives in Congress during the 2018 Speak Now for Kids Family Advocacy Day in Washington, D.C. "Child-centered care models make a difference," Kevin says. "Legislators need to understand it's not enough to have oncology, you have to have pediatric oncology for the empathetic piece of care."

The family also advocated for medical assistance programs. They have private health insurance and Medicaid to help pay for portions of the more than $2 million in charges for Donovan's care. Without it, they say they would have not survived financially.

This spring, the family celebrates Donovan's two-year mark of being cancer-free. "He understands the chance he's been given and what he's overcome," Lisa says. "We tell him the worst is behind him and don't let anything stop you from anything you want to do." Donovan is taking that advice as he's back to playing soccer, enjoying his schoolmates, robotics and singing in his church choir. 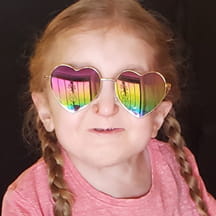 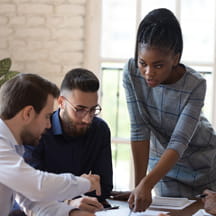 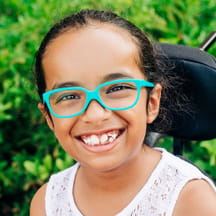 Children's Hospital Patient Advocates for Others