Understanding how millennials think, what motivates them in the workplace and what keeps them happy long term is the best way to attract and retain this generation of workers.
By Kelly Church Published Feb. 01, 2019 8 min. read
Quick Takes

Millennials want growth paths so they don't have to leave an organization to achieve their career goals.

In 2016, millennials became the largest segment of the workforce, signaling it's time for a shift in how employers approach the recruitment, benefits, onboarding and coaching of the next generation of leaders. Pew Research Center reported 56 million millennials were in the workforce in 2017, making up one-third of the working population and surpassing Gen Xers by 3 million.

For employers, understanding the major economic, political and social events that shaped this generation is vital to recruiting, retaining and keeping millennials engaged. Millennials—born roughly between 1977 and 1995—were the first generation to grow up with technology at their fingertips.

Events like 9/11, the 2008 economic crash, the election of President Barack Obama, and tragedies like Columbine and the Boston Marathon bombing shaped them. The outcome is a generation driven by social impact and the desire to do good for their communities, which by the nature of their missions, is beneficial to children's hospitals.

Generations in the workplace

By 2020, there will be five generations working side by side:

The Silent Generation or Traditionalists
Born: 1945 and earlier

It starts with recruitment

"Attracting the Millennial Generation to Children's Hospitals," a study led by Children's Hospital Association and The Center for Generational Kinetics (The Center), surveyed 1,401 current and prospective hospital nurses between the ages of 22 and 39. In this study, 90 percent of millennials indicated a hospital's website is the first place they go to look for a job.

This is a trend Suzanne Seider, talent acquisition manager at Cook Children's Health Care System in Fort Worth, Texas, sees firsthand. The hospital has almost 3,200 millennial-aged employees, which accounts for about 44 percent of its staff. To keep up, Cook Children's website is undergoing a redesign with millennials in mind, in addition to making the application process mobile-friendly.

According to Seider, Cook Children's has found the most success creating job posts on LinkedIn. This aligns with The Center's research that demonstrated about half of millennials seeking clinical positions used LinkedIn in their search. "Our older generations are used to looking at traditional job boards, like CareerBuilder and Monster," Seider says.

"Millennials are digital natives who are used to using search engines to find out more information on companies and jobs. Gen X is starting to move this direction for their job search, but baby boomers still gravitate toward the traditional job boards."

Knowing potential applicants are more frequently visiting an organization's website versus a job board makes a hospital's credibility much more important. Millennials consistently rank a hospital's reputation as being the top factor when deciding if they want to apply.

Closely following reputation is a family or friend recommending the employer. "Millennials are interested in hearing reviews of their workplaces, so they turn to sites such as Glassdoor and Indeed," Seider says. "We work with our social media team to stay on top of the reviews. Our social media team also provided us with training on how to respond to all the reviews, positive and negative."

Children's hospitals are at an advantage when it comes to recruiting millennials. In 2013, the National Society of High School Scholars asked a group of 15 to 27 year olds where they want to work. St. Jude's Children's Research Hospital was the top choice, with three other health care-related organizations in the top 10.

Generations are typically decided by defining moments in history and how those moments affected a person's formative years. Millennials consistently rate the terrorist attacks of 9/11 as defining moment in their lives, determining the rough cut-off date for this generation at 1995. Anyone born in 1996 or later likely wasn't old enough to experience the same impact as the generations prior.

"Over the last five to seven years, I have noticed we are getting more interest from student-clinicians and new graduates," Seider says. "It used to be harder to generate interest in pediatrics, but the pendulum appears to have swung back our way."

Motivated by the desire to make a positive impact, millennials seem to recognize work in children's hospitals will be difficult, with 57 percent indicating to The Center that patients up to 9 years old are the most challenging, but 63 percent of respondents saying those same kids are the most inspiring. "Millennials are looking for a job, and a company, that offers a mission," Seider says. "They are looking to make a difference, and they want to know how their job is going to help other people."

About two-thirds of millennials say they want to work for an employer who participates in positive social causes. In contrast, only 50 percent of baby boomers and Gen Xers wanted the same. This could be due to the prevalence of social violence in a world connected by the internet. It's a stereotype that millennials' parents sheltered them—they were raised in environments with instant access to information from all over the world.

Pew Research found the events of 9/11 are historically significant for millennials and older generations, and the shootings at Pulse nightclub in Orlando, Florida; Columbine High School in Littleton, Colorado; and Sandy Hook Elementary School in Newton, Connecticut; and the Boston Marathon bombing, all made millennials' top 12 most significant events. These were poignant events during the formative years of the millennial generation with the potential to alter how they see the world and their role in it.

Seal the deal with benefits

The Center's research showed 69 percent of millennials rank salary as highly important to them. However, 58 percent say a company's benefits package can also influence their decision to accept or decline a position. Seider has noticed certain benefits are more popular with millennials.

She says they are less interested in exclusive provider organizations (EPO) as their health plans, and they are more interested in health savings accounts and reimbursement options. However, preferences for benefits extend beyond health insurance.

The desire for a flexible work schedule continues to become more commonly requested—and expected—from this generation. Many millennials also recognize their employers can help them improve their lifestyle outside of work. Cook Children's added more ancillary benefits in the last few years, such as discounted gym memberships, on-site fitness classes, and discounted rates at the daycare center next to the campus.

Student debt has hit millennials harder than any other generation, and they see any way to ease the burden while continuing their education as a huge value. Cook Children's partners with SoFi, a personal finance company, to offer better interest rates and repayment terms for student loans than traditional lenders offer. More than 60 percent of millennials say continuing education through on-the-job training is essential for building a career. This also helps hospitals maintain long-term relationships with staff and reduce turnover.

"We're putting together programs like job sharing so they can work in one unit, but also in the emergency department," says Karen Clements, B.S.N., RN, FACHE, chief nursing officer at Dartmouth-Hitchcock Medical Center in Lebanon, New Hampshire. "They love continued learning. They want a path to their future. They want to know they can do it here." Cook Children's offers similar efforts through Cook Children's University. This benefit for staff offers professional, personal and leadership development classes, in addition to offering tuition reimbursement.

It's a myth millennials change jobs more often than other generations. According to a paper published by Cornell University in 2012, about 27 percent of people between the ages of 25 and 34 had been at their jobs for five to nine years. In 2000, only 21 percent of Gen Xers had remained at their jobs for the same length of time. However, as millennials continue to make up the largest percentage of the workforce, retention is important to reduce unnecessary turnover costs, keep employees happy and prepare the next generation of leaders.

Mentorship programs initiated during the onboarding process have proven to be instrumental in keeping staff engaged long-term. It helps new employees quickly combat the initial awkwardness of starting a new job, giving them a buddy to make them feel like part of the team. The Center's research showed that 60 percent of millennials felt like a mentor helped them integrate with their peers immediately.

At Dartmouth-Hitchcock, Clements is flipping the traditional mentor model so she can stay connected to the millennial nurses on staff. Every quarter for the last two years, she has met with a millennial mentor. "The relationship energizes me and affirms this group is motivated and you have to keep them engaged and constantly challenged," Clements says. "I get fantastic feedback from patients and families, and I see the great work they do every day."

She uses the time with her millennial mentor to ask about the hot topics around the hospital. "I ask her if I've been visible enough, and if I've been communicating enough," Clements says. "I involve her in our work with shared governance and platforms. She's not afraid to tell me what's going on."

It's a two-way street

Understanding how millennials think, what motivates them in the workplace and what keeps them happy long term is the best way to attract and retain this generation in any work environment. For some organizations, that could require making a few changes in recruitment and retention efforts. Clements' advice to her peers at children's hospitals about finding and managing the next generation is to listen.

"I find millennials' honesty rewarding," she says. "Be fair and consistent. Think outside the box because that's what millennials are doing, and we have to stay ahead of them. They're not happy with the status quo. We all have to continue to evolve." 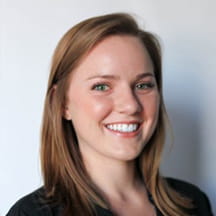