Standardizing care across medical facilities using evidence-based practice is often a top priority and can present challenges for single-location hospitals.

But health systems have other factors to consider when preparing staff to provide the best care possible to their patients. WakeMed Health and Hospitals, Mercy Health System and Memorial Hermann Health System all consist of several facilities and staff spread across their respective areas. Here, staff from these systems share insights on streamlining pediatric care education.

According to Sophie Harris, clinical educator for Memorial Hermann, their system has had a solid foundation of standardization for the last four years. Having all staff on the same page was crucial to getting the organization to this point.

“One of the biggest challenges we have in moving to one standard is our own clinical expertise team members struggling to let go of things they might have developed or created on their own,” Fowler says. “So, finding ways to incorporate their perspectives is important.”

Memorial Hermann re-evaluates its paths for NICU, general pediatrics and PICU education roughly every year. To keep communication clear and open, nurses are sent a survey for their feedback on the program. Education staff from all locations are included in discussions using the PDCA (Plan Do Check Act) method.

“Because we do those frequent reassessments, we're able to further standardize the program,” Harris says. “Everybody is at the table. The educators from each of our organizations attend.”

WakeMed has also used large group meetings as they begin to expand their Raleigh NICU education plan to two other locations across the system.

“We’ve used think tank meetings, process meetings, and then going forward everybody's thoughts are accounted for, represented, and valued because they're all part of the process,” Hosford says.

“As long as there’s a mindset from the beginning that everybody involved on their separate campuses has ownership and has worked hard for whatever system they already have in place… You honor that and move forward together. That way, you're not bulldozing anyone.”

The importance of balance

Fowler says one of the biggest lessons she learned was with the ED when she was developing the course set for the minimum standard.

“Our providers are caring for a subset of children in a predominantly adult space. We recognize that this isn’t the only education they participate in. So how can we be efficient with their time and make sure they have what they need if a child presented to the ED? Just finding that balance is an ongoing lesson.”

Six months after completion, they move on to the high-acuity class to build on those foundational skills. Nurses transferring from other organizations, however, may have the skills in place to skip the low-acuity class or both altogether, so the programs are optional for those clinicians.

Community needs also come into play when standardizing education and procedures. For state-specific systems like Memorial Hermann, Harris says they can rely on local organizations like the Southeast Texas Regional Advisory Council to help them stay on track for care status and awareness of issues facing the populations they treat.

At Mercy, Fowler says they try to focus on national-level EBP knowledge from organizations such as the National Association of Neonatal Nurses (NANN) and the American Academy of Pediatrics (AAP) to guide their policies and standards. However, state laws on issues like maternal and newborn drug screening can create challenges.

“It's taken us months to develop one policy and standard around that, taking into account all of the state laws,” Fowler says. “Before bringing the topic to the education team, we had legal counsel weigh in so the nuances by the state were clearly defined.”

WakeMed has broken the low- and high-acuity classes into several curricula by complexity and topic, using Pediatric Learning Solutions (PLS) courses to support in-person learning. Each group of courses assigned is due the day before an in-person class in which the facilitators answer any questions, have further discussions, and complete hands-on activities and simulations.

“We broke the courses down into a system that would coincide with how they would learn on the floor so that it would be a process that would seem comprehensive and cohesive,” Sutphin says.

Mercy and Memorial Hermann also use PLS courses as pre-work for group learning—some in-person and some via Zoom—due to the COVID-19 pandemic. Harris says this combination of online and in-person learning has been valuable not only for onboarding and continuing education, but for staff members needing a learning plan to improve their knowledge, skills and performance.

“We'll do a learning plan, and we'll supplement with the PLS modules, then have them do a care plan or walk-through exercises with their clinical coaches to help to get them where they need to be so that we can retain them,” Harris says.

After implementing online courses, all three systems shared improvements in the time and money spent educating staff as well as the improvements to learning.

The combination of these organizations’ efforts to communicate clearly across locations, evaluate organization and individual-specific needs, and implement a layered education plan have helped them achieve this.

“They come prepared and ready to discuss the topics and then move right into the skills portion of it,” Hosford says. “We've been able to cut the in-person days in half from what they were. Now we do four-hour days. Their knowledge retention and attention to the subjects is greater because they can pace themselves.” 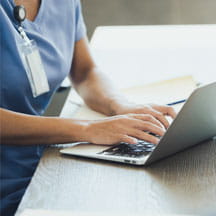 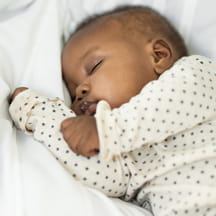 Anemia and Polycythemia in the Neonate Course Overview 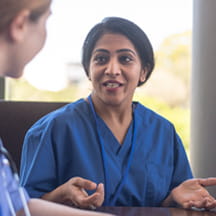