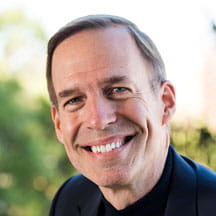 Over the past decade he has served at the forefront of critical policy advances for children including two reauthorizations of the Children’s Health Insurance Program (CHIP) and two reauthorizations of the Children’s Hospitals Graduate Medical Education (CHGME) program. Mark served on point in the original passage of the ACE Kids Act, the first law passed by Congress focused on the care of children with severe lifelong health challenges.

He sponsored the work enabling the first national CMMI demonstration project on care coordination engaging thousands of families with children with medical complexity. Throughout the COVID-19 pandemic, he has led the advocacy efforts for billions of dollars in federal CARES Act relief funding to children’s hospitals and high Medicaid providers.

Prior to joining CHA, Mark was a management consultant with Kurt Salmon, where he served as the firm’s executive chairman, responsible for over 2,000 professionals working across five continents in six languages. He is nationally respected for his strategic work in academic medicine where he has advised most of the leading U.S. News & World Report medical centers and children's hospitals.

Mark has been named among the nation’s “Most Influential Consultants” by Consulting Magazine and as one of the "5 Healthcare Leaders to Know" by Becker's Review. He is a regular presenter on the future of health care and cited in such media as The New York Times, Wall Street Journal, Politico, and National Public Radio.

Mark currently serves on the boards of the Children’s Hospital Association, the Council of Teaching Hospitals and Health Systems of the AAMC, the Coalition to Protect America’s Health Care, the National Foundation to End Child Abuse and Neglect, OpenNotes, an organization advancing greater patient engagement in their own care, and Virtual PICU Systems, where he is past chairman of the board. He serves on the advisory boards of the Child and Adolescent Health Measurement Initiative (CAHMI) at Johns Hopkins University, the University of Michigan’s CMS national quality initiative, and the New York University Sala Institute.

Mark's academic training includes a Master of Science in pharmacology from Ohio State University and a Master of Business Administration from Indiana University. He is based in Washington, D.C.